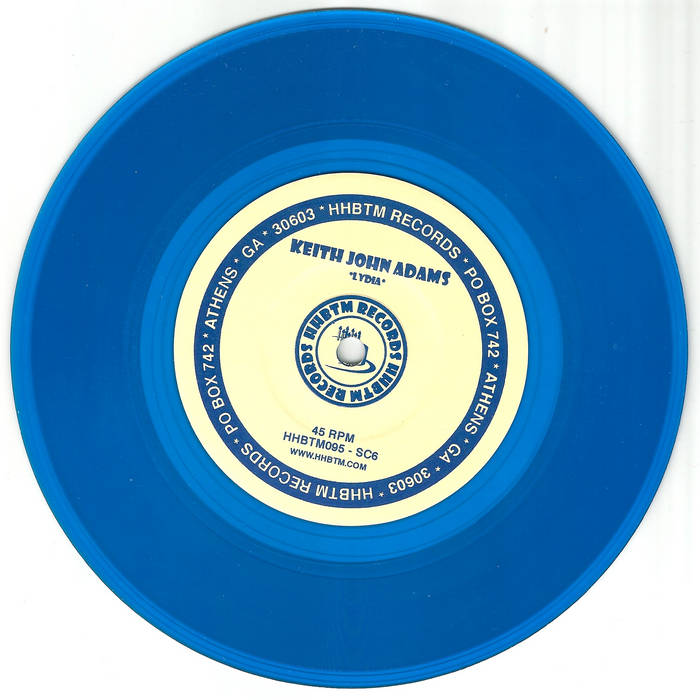 Lovely clear blue vinyl 7" with the Keith John Adams song, Lydia on one side and 2 songs (Passing Ships and Winter Clothes) by Velcro Stars from Murfreesboro, Tennessee on the other. It was released in 2007 by the ever lovely HHBTM label as part of their singles club that year - and limited to 600 pressings with silkscreen sleeves.

Lydia was played by Mark Lamaar on BBC Radio 2 in the UK.

Bandcamp Daily  your guide to the world of Bandcamp

Serena Cherry debuts her black metal project, plus a Pick from the Crypt block from Svalbard