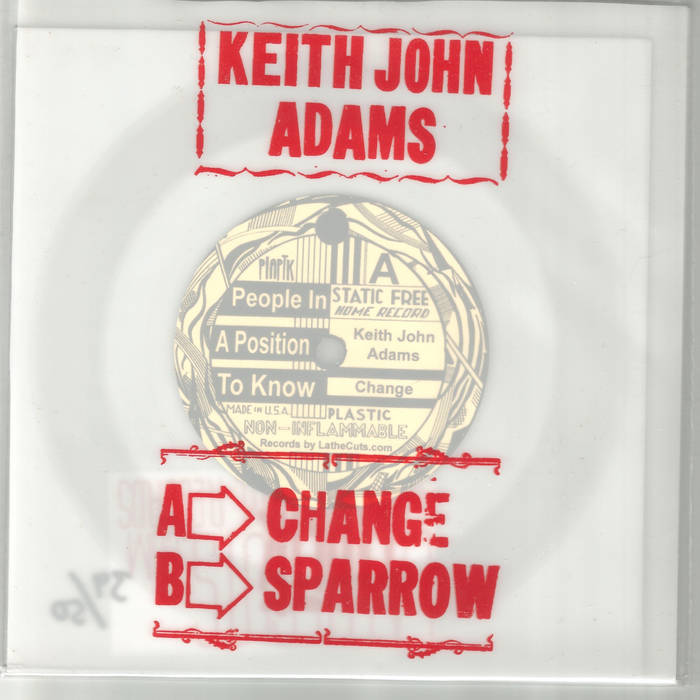 One of a limited edition of 50 square, transparent, polycarbonate 7" records hand cut on a 1940s lathe by People in a Position to Know records out of Olympia, WA, USA in 2012. The covers are silkscreened on onion skin vellum.These are beautiful and extremely rare. The early version of Change, unavailable elsewhere, on one side, and a version of Sparrow, an old live favourite, also unavailable elsewhere on the other. Change was played a few times on BBC 6 Music in the UK.

Bandcamp Daily  your guide to the world of Bandcamp

Serena Cherry debuts her black metal project, plus a Pick from the Crypt block from Svalbard